AND ALL THE PROFITS SHRINK

The effects of climate change are becoming a fact of life across much of Canada.

We typically regard weather events like flooding as a symptom mainly suffered by our coastal provinces, however, the reality of the changing climate is quickly making its way inland to confront a comparatively unprepared central population.

For the collision repair industry, this means water-damaged vehicles will become a more prevalent part of the work mix and the due diligence required of techs and shop owners will only expand.

Personal finance advocates at Money Wise have already begun receiving reports that vehicles damaged in flooding in the southern United States are making their way into the Canadian used vehicle market due to water damage going unreported at the time of shipping. In April of 2008, Canada’s Registrar of Imported Vehicles declared all flood-damaged vehicles unrepairable, preventing them from being licensable for drivers, but eligible for import as scrap.

However, with the North American auto industry in a crunch for used vehicle inventory, some bad actors are lying on the damage reports of flooded vehicles to bypass salvage laws and capitalize on a limping used vehicle market.

As a result, the buck has been passed on to the individual at the body shop to be able to identify the signs of water damage and address them appropriately. There are a few clues techs and estimators can look for to determine whether a customer could be driving a flood-damaged vehicle. The first and probably most obvious place to check to see if a vehicle has been in a flood is the carpeting. If it is exceptionally muddy or musty (and doesn’t just look like someone’s messy work truck), there is a possibility that the vehicle was submerged in water at some point.

On the flip side, a suspiciously new carpet in an older vehicle could also tip off a perceptive technician that a cover-up is afoot. Money Wise also recommends checking seat-mounting screws to see whether the seats have been removed to help dry the carpeting, as well as checking any other exposed screws for signs of rust. 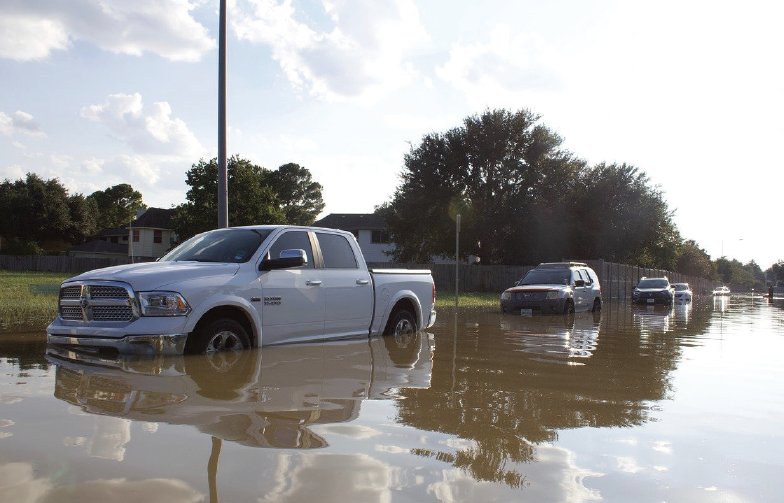 THE BUCK HAS BEEN PASSED ON TO THE INDIVIDUAL AT THE BODY SHOP TO BE ABLE TO IDENTIFY THE SIGNS OF WATER DAMAGE AND ADDRESS THEM APPROPRIATELY.

A vehicle’s lights can also be left with a visible waterline that would indicate whether it has been submerged at some point. As far as what to do once you’ve determined that a vehicle was in a flood, the answer is nothing. While ordinarily salvage imports may be rebuilt to be put back on the road, the RIV specifically states that vehicles damaged in a flood are the exception.

“Salvage or rebuilt salvage vehicles can be licensed in Canada provided the original damage was not flood related and the vehicle is admissible under Transport Canada’s List of Vehicles Admissible from the United States,” according to the RIV’s website. Writing off a repair job is never ideal, but neither is putting a customer in danger for a quick buck. Keep your eyes peeled out there after the rain falls. 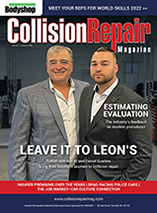 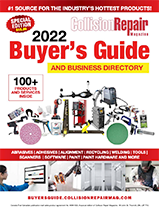